Following numerous sell-out runs in Britain and beyond, smash-hit musical Dirty Dancing will return to the Birmingham Hippodrome this year as part of its 2015 UK tour. Based on the film by Eleanor Bergstein, the stage adaptation has already broken numerous records, becoming the fastest selling show in West End history when it opened in 2006, and going on to take an unprecedented £42,000,000 from its first tour of the country in 2011.

Ramping up the already palpable buzz for its hotly anticipated spring visit to Birmingham, a special Dirty Dancing workshop took place at the theatre on Thursday, with fans invited to relive the show’s powerful energy through lesson’s with choreographer Glenn Wilkinson and dancers Lisa Welham and Albey Brookes. 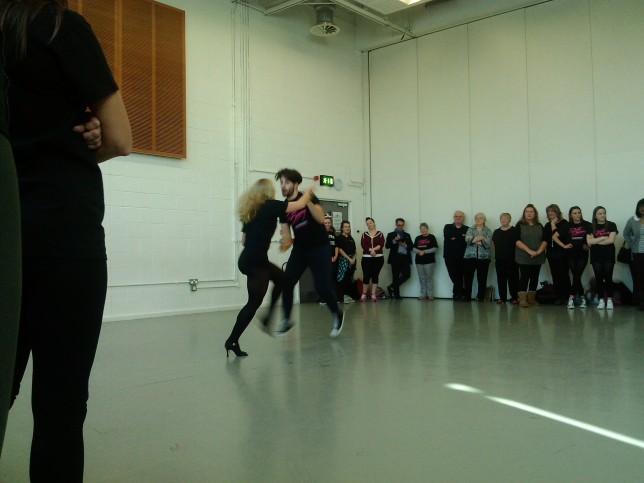 A brief introduction from producer Karl Sydow kicked off the afternoon, explaining how the stage show had come to be and emphasising the huge popularity of both the musical and its movie counterpart. A video clip showed thrilled theatre-goers, including members of the public and celebrity fans, gushing about their experiences, and their excitement was mirrored in the enthusiasm with which attendees took to the dance floor as we were led into the next room.

I’m definitely no dancer – three moves was about as much as I could manage – but it was still fun watching from the sidelines, especially since my fellow First Night Blogger, Becky, made a much better job of it than I did!

The three dancers led the workshop with participants split into two groups, and one lucky lady even had the chance to dance with one of the professionals. Her partner, Albey Brookes, will join the Dirty Dancing ensemble cast when the show arrives in Birmingham in April. 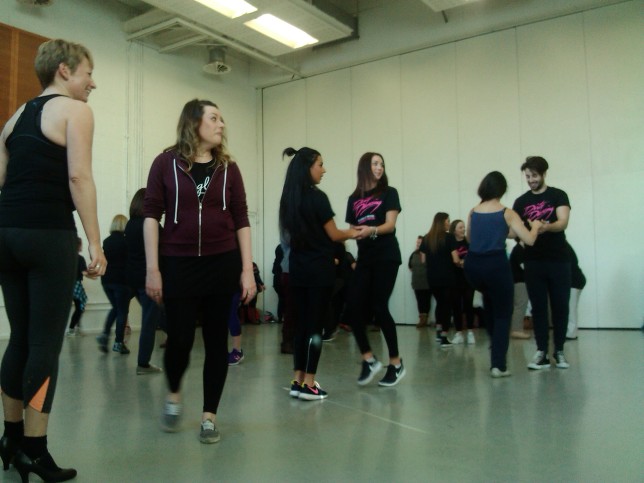 Afterwards, we had chance to talk with choreographer about how he ended up working on the show. While his own background is in contemporary dance, his introduction to the world of musicals came through his wife, who also works in the business. With several years experience of working on Dirty Dancing and other shows now behind him, however, he’s had plenty of time to get used to creating big, showstopping numbers. His contemporary training has even come in handy for Dirty Dancing, allowing him to add his own twists and flourishes to its rock-and-roll style, resulting in a truly unique production.

Dirty Dancing opens at the Birmingham Hippodrome on Thursday 30th April and runs until Saturday 23rd May. To book tickets, call 0844 338 5000 or visit the theatre’s website. Full UK tour dates can be viewed on the Dirty Dancing UK Tour site. If you plan on going along, don’t forget to share your experience via Twitter using the hashtags #DDTour2015 and #BHdirtydancing. 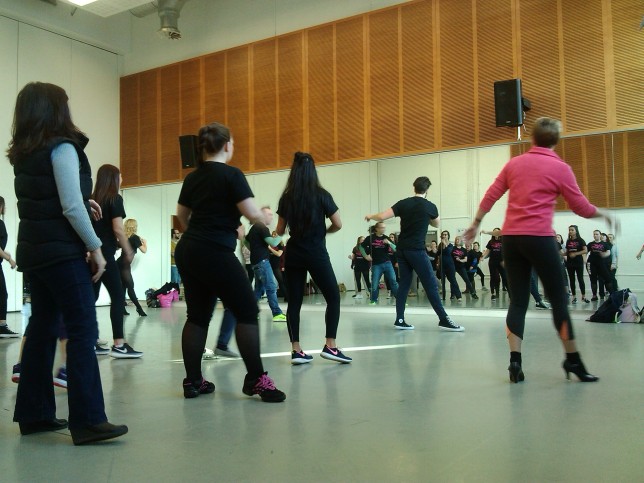