This week, the Birmingham Hippodrome is releasing tickets for its summer run of Cape Town Opera’s Show Boat. As the first stop on its upcoming UK and Ireland tour in July, the Hippodrome and its audiences will be treated to the country’s first ever performance of this production.

Based on a novel by Edna Ferber, Show Boat is set in the old American south, and was first performed on Broadway in 1927. It tells the story of the Cotton Blossom, a Mississippi River Show Boat, following the lives of its performers, stagehands, and dock workers over a 40-year period.

In the Cape Town Opera production, the theme of racial tensions is given added significance, reflecting South Africa’s troubled past while looking forward to the bright future ahead. The company has performed to great acclaim around the world, and its chorus was last year named Best International Opera Chorus at the International Opera Awards.

Glad to welcome Cape Town Opera back to Birmingham after its 2012 tour of Gershwin’s Porgy and Bess, the Hippodrome’s Chief Executive Stuart Griffiths describes the booking as part of the theatre’s “ongoing ambition to bring the city the best in international performance from the finest companies across the world”. 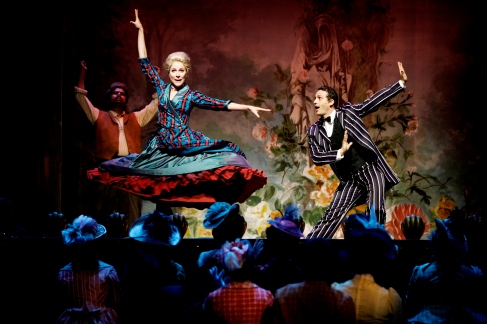 Directed by Janice Honeyman and accompanied by the Cape Philarmonic Orchestra, the show features set design by the renowned Johan Engels, and over 200 carefully crafted period costumes.

“We are thrilled to bring Cape Town Opera’s production of Show Boat to the UK for the very first time, with an exceptional cast, our award-winning chorus and joined by the Cape Philharmonic Orchestra. This first UK visit of this production will showcase the talents of the company whilst offering a wonderful spectacle and experience for all the family.”

Cape Town Opera’s Show Boat will be showing at the Birmingham Hippodrome from Wednesday 2nd to Saturday 5th July. Member tickets are on sale from today, and tickets will be available for the general public from Wednesday 12th February, priced at £17.50-£43. To book, call 0844 338 5000 or visit the Birmingham Hippodrome Website. If you’re aged 16-23 and using the First Night scheme, don’t forget to tell us what you think.